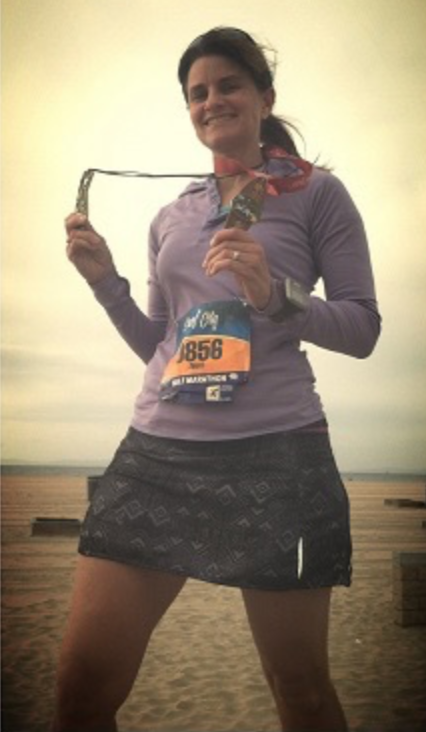 Trisha Swanson has been a runner for more than 20 years! She has completed multiple half marathons, marathons, ultra-marathons, and half Ironman triathlons. Since Trisha is passionate about running, it was a natural stride for her to step into race directing. The Twilight Run, Pace of Courage and the Reed College 5K are a few of her past projects.

Trisha is a certified running coach through the Road Runners Club of America (RRCA). Through this dedication she is able to share her love of running with new runners while simultaneously fanning into flame a newfound passion in experienced runners.

In 2007, Trisha began volunteering for Oregon Women's Prison Ministry, a Christian organization that provides weekly church services for the ladies at Coffee Creek Correctional Facility (CCCF). Over time, a few of the inmates found out she was a runner and expressed interest in running. So in 2011, Trisha approached the CCCF administration about putting on a run event/race at the prison. As a result, Race for the Cure Inside was born.

In spring 2014, the CCCF administration asked Trisha if she had interest in creating a running program for their inmates. The run program has grown to include three training groups and two facility-wide races. This passion led to the official creation of Reason to Run in 2015.

Trisha has been married for 25 years and has two teenage children. She devotes her time to serving at her church, volunteering on her kids' sports team, and recently discovered a love for knitting.